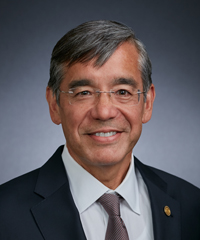 Welcome from the Executive Director

Welcome to the Advanced Radar Research Center (ARRC) at the University of Oklahoma! The ARRC is now over 15 years old having grown from a small interdisciplinary group of energetic faculty and students into the largest academic radar program in the nation. The ARRC’s mission is to enhance safety, security, environmental quality, and economic prosperity through interdisciplinary research and development of innovative radar solutions to a wide range of societal challenges. The ARRC has always focused on developing cutting-edge radar technology for scientific discovery and has now expanded into many more applications of radar and applied electromagnetics. With unwavering support from the university administration, the ARRC is quickly becoming known as the go-to place for all things radar! -- Bob Palmer

Now Hiring! The ARRC is Expanding its Professional Team 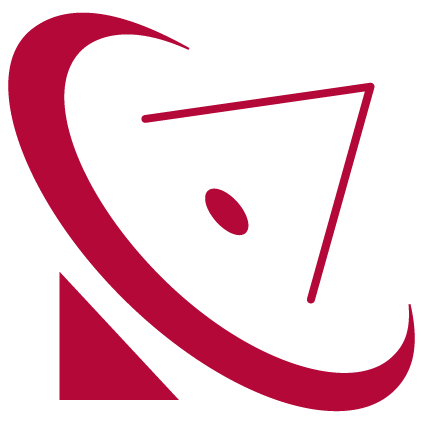 We are excited to announce that the ARRC is expanding our professional team. Multiple positions are available for each of the job postings in the links below. Please help in our expansion process. 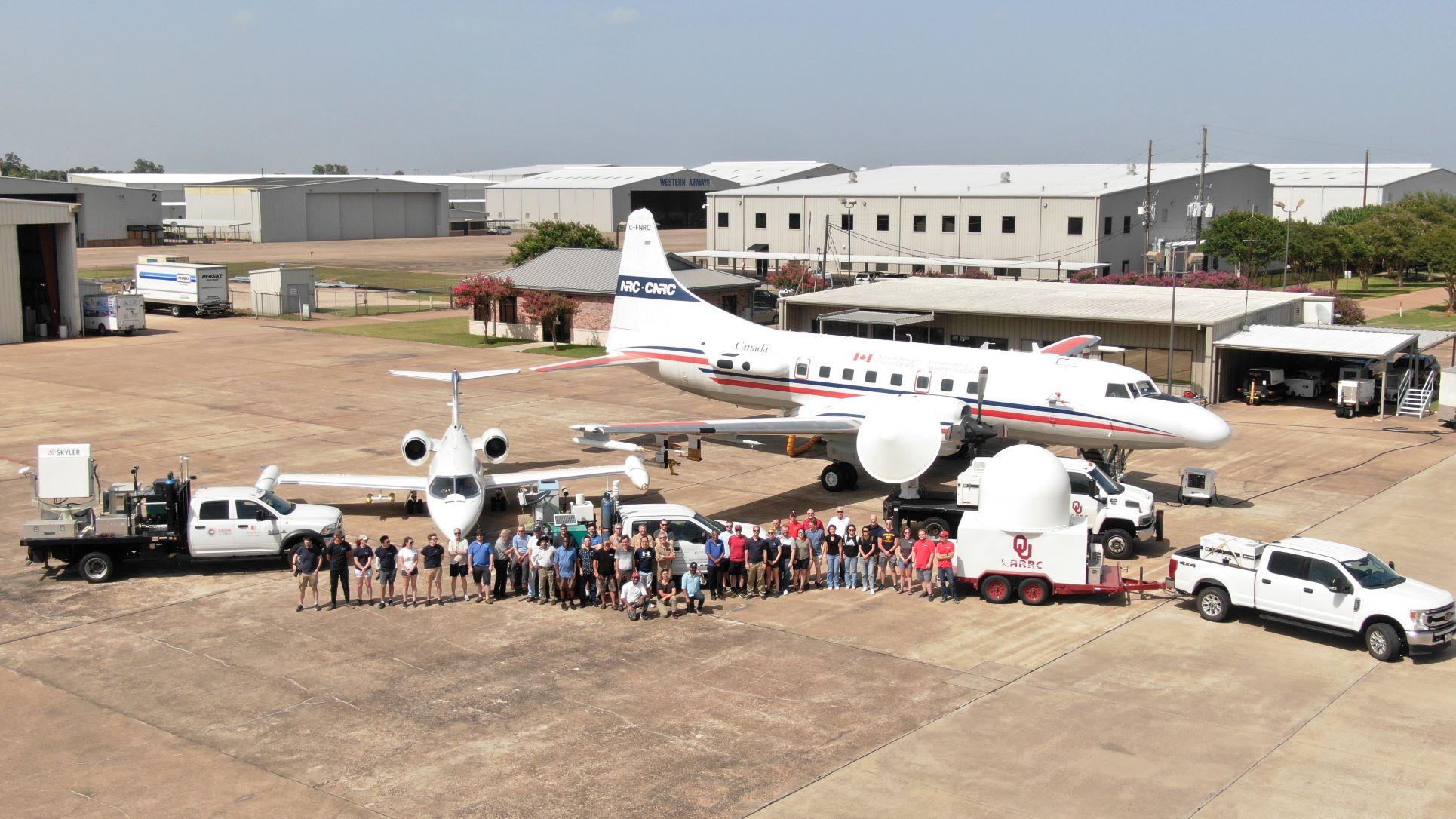 Houston is a unique experimental setting since there are air masses near Houston with abundant aerosols that can be compared to lower concentrations of aerosols over nearby rural areas and the Gulf of Mexico. The science goal is to understand how the lifecycle and associated properties of thunderstorms differ within each of these different areas to better understand the impact of aerosols on thunderstorms.

The ARRC is deploying two mobile radars, the Rapid X-band Polarimetric Radar (RaXPol) and the PX-1000 radars, to obtain information about the precipitation and winds within storms. The radars are collecting both rapid-scan observations of thunderstorms as well as dedicated vertical cross sections to better understand storm structure. RaXPol is part of the NSF Community Instruments and Facilities program, which can be requested to support NSF field campaigns. The ARRC mobile radars are deployed alongside aircraft that fly within clouds and their surrounding environments, as well as other remote sensing and in-situ instrumentation sponsored by the NSF and the Department of Energy's TRACER programs. 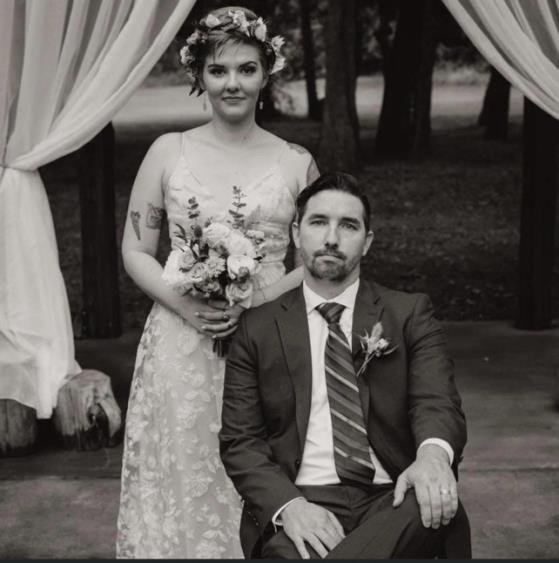 Josh Short has been selected as our June Student of the Month!  He is an M.S. student in the School of Electrical and Computer Engineering, as well as a Graduate Research Assistant.

Josh is advised by Dr. Nathan Goodman. His current research focuses on optimization of tracking algorithms for MIMO phased arrays.

Asked about how he spends his free time, Josh said that he enjoys playing baseball and softball with his son and daughter, and doing carpentry work around the house.  After graduation, he plans to continue to work at Boeing on next-generation tracker algorithms. 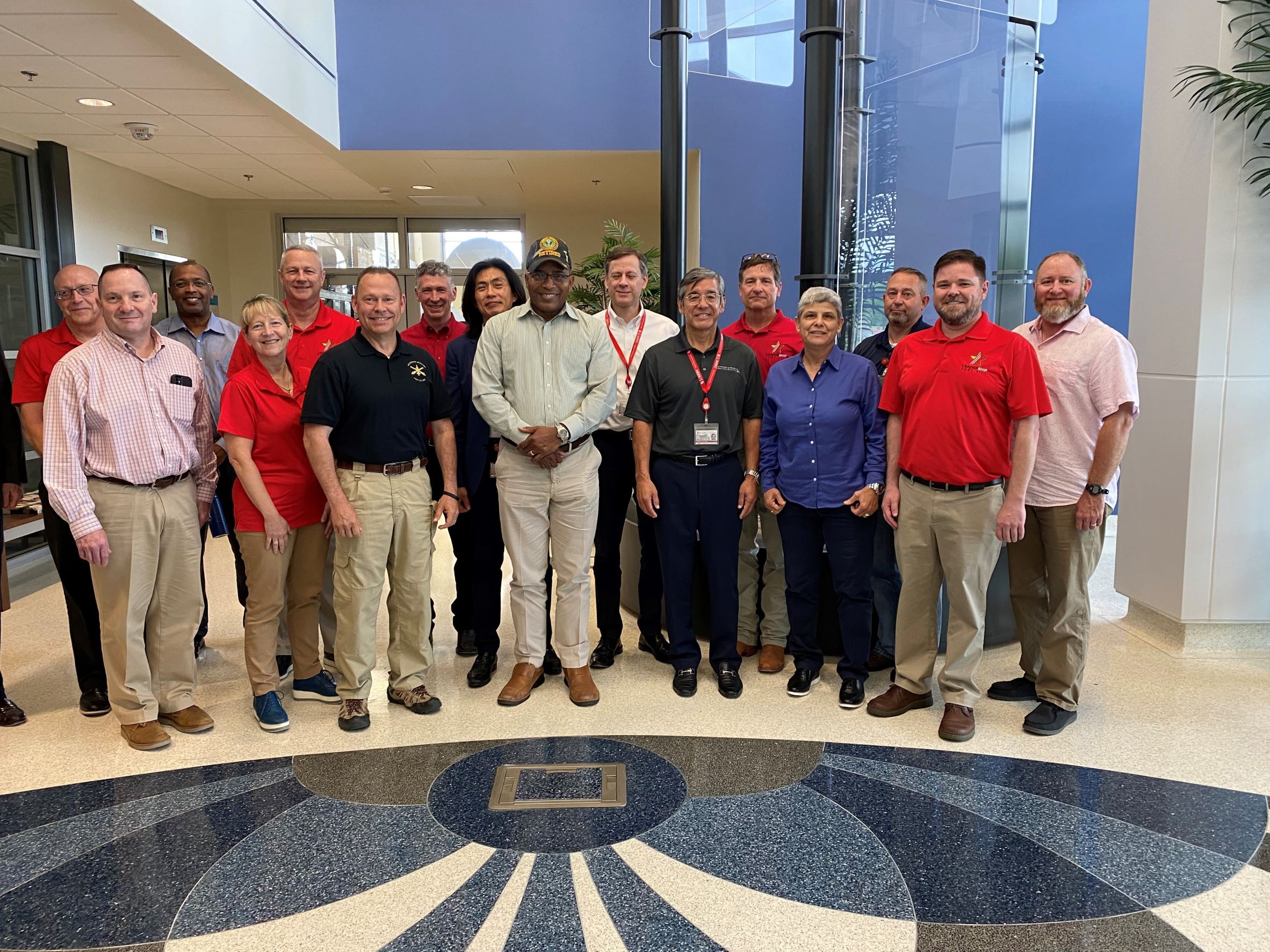 The ARRC was pleased to welcome the Executive Leadership Program group from Fort Still on May 13, 2021.  The group toured the Radar Innovations Lab, and met with ARRC leadership and faculty for an overview of our center. 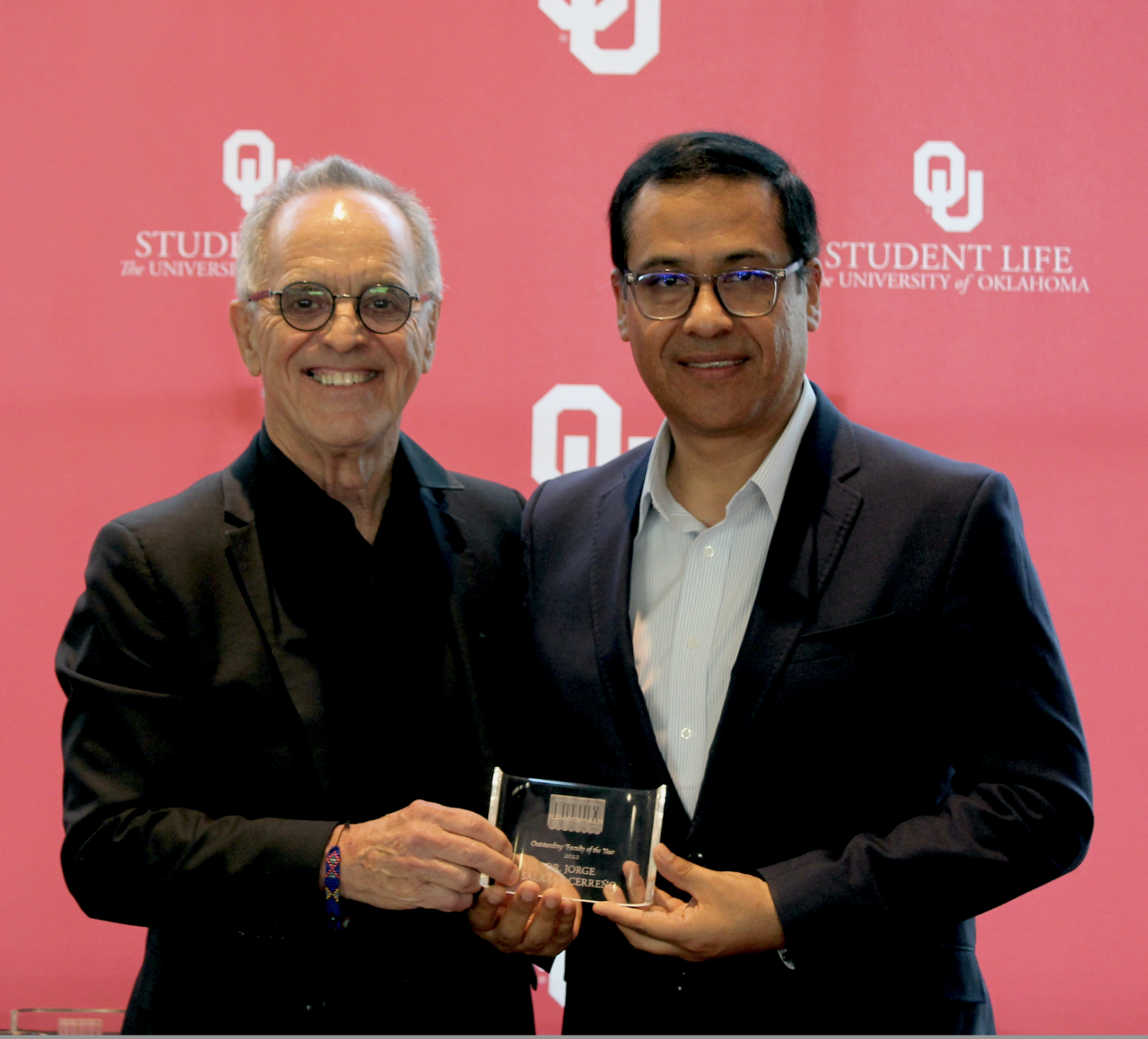 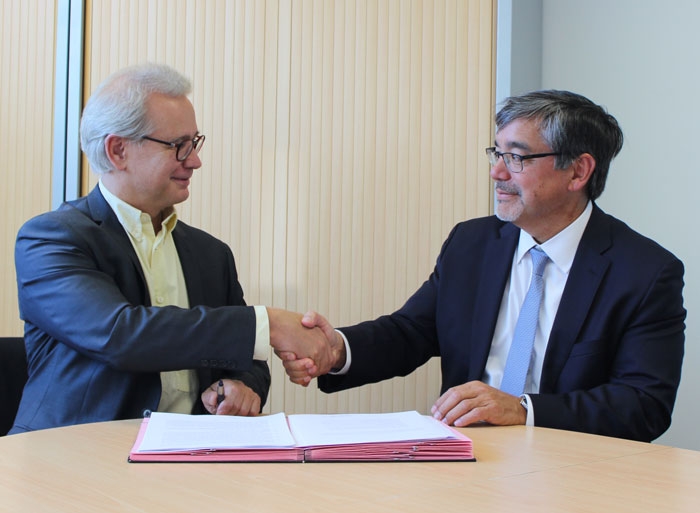 The University of Oklahoma and research universities in France have signed a memorandum of understanding to facilitate cooperation between scientists to advance observations and studies of the atmosphere and radar technologies that will lead to improved weather, climate and air quality forecasts worldwide.

Pictured are Bob Palmer (right), executive director of the ARRC and Philippe Keckhut (left), the former director of LATMOS, at a meeting in 2018. Read more from a press release here. 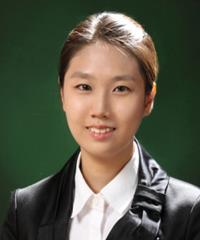 Hyeri Kim is a PhD candidate in the School of Electrical Engineering, advised by Drs. Tian Yu and Boonleng Cheong. Her publications and awards include:

Asked about her current research, Hyeri said, "I’m currently developing a weather radar velocity dealiasing algorithm using a machine-learning technique called Convolutional Neural Networks (CNN). This method tries to mitigate the Doppler dilemma, which is a long-lasting issue in weather radar. Especially with X-band radar, velocity aliasing is a more severe issue than in S-band radar due to the shorter wavelength. Preliminary results show a promising potential compared to the traditional unwrapping methods.

Regarding her hobbies and plans for after graduation, Hyeri noted, "I enjoy taking a walk, hiking, hanging out with friends, and playing the piano. After completing my Ph. D, I plan to go into academia in radar/machine learning.

Posted on Tuesday May 03, 2022 08:19 am CDT
OU Vice President for Research signs Memorandum of Understanding betweeen the ARRC and the National University of Asuncion in Paraguay 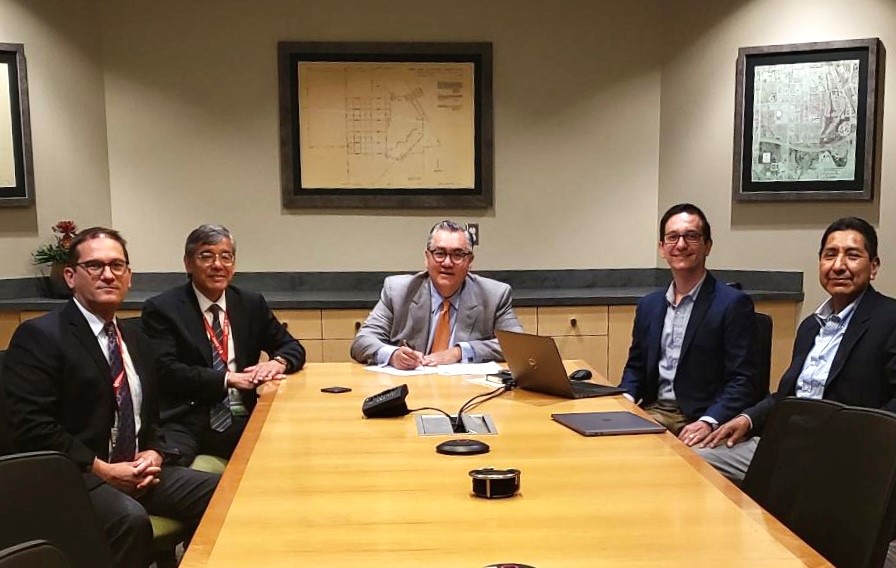 OU Vice President for Research and Partnerships Dr. Tomas Diaz de la Rubia signed a memorandum of understanding between the School of Engineering from the National University of Asunción in Paraguay (FIUNA) and the ARRC on April 21st, 2022. This effort is being led by Dr. David Schvartzman, a FIUNA/OU alumni, with the vision of strengthening the relationship between institutions and supporting the development of weather radar expertise in Latin America.

The agreement allows the development of collaborative proposals and the exchange of students between institutions. One of the goals involves working collaboratively to support them in acquiring radars to expand their operational weather and aviation networks. The agreement would also open a path for students from FIUNA to come with local funding to pursue graduate degrees at OU, especially in research related to meteorological radars. Lastly, as engineering professors at FIUNA are also interested in starting a radar laboratory, to learn more about the technology and eventually support their national weather service.

Pictured are all of this year's recipients, all from the Gallogly College of Engineering. Click here to read more about each student. 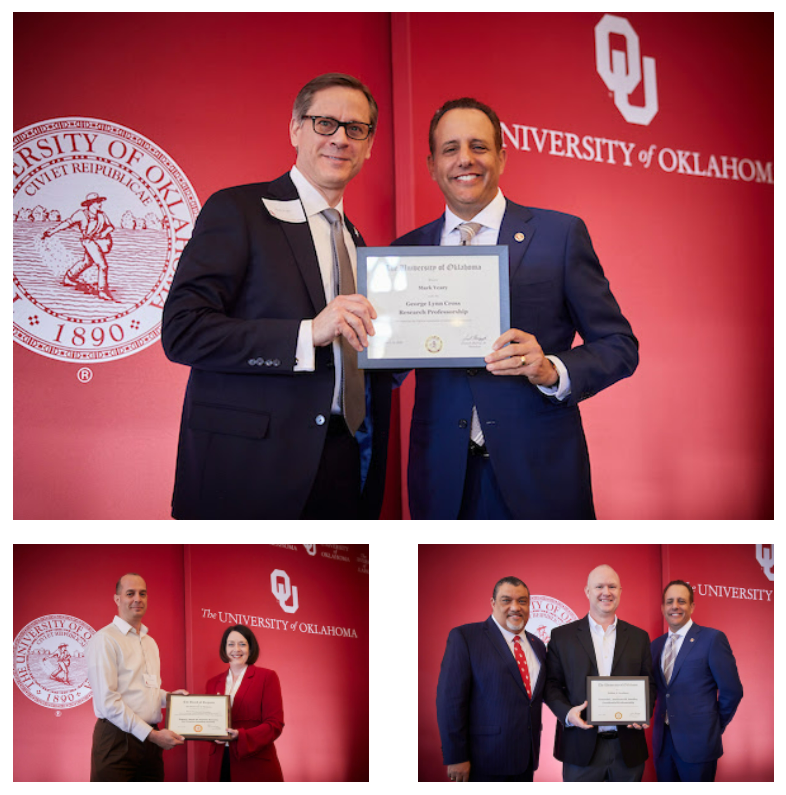 Congratulations to our dedicated ARRC faculty members for the following prestigious awards and honors:

For a full list of this year's faculty recipients and to view the recorded ceremony, please click here.